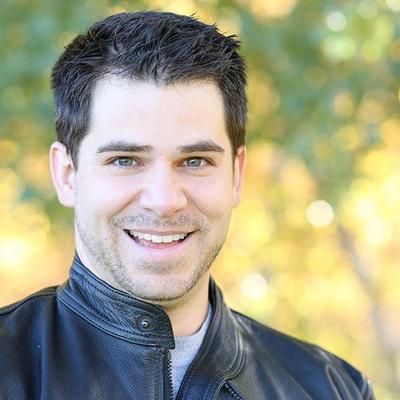 ABOUT
Tom is a storyteller. Great stories, well told, can change the world.

Growing up, Tom moved around quite a bit, splitting time between Middle Earth, Tatooine, and the Enterprise. Some of his early successes include the defeat of the goblin hordes by his D&D character “Sir Thomas the Green Glowing Knight,” and his directorial debut—a scintillating fan film featuring special effects he made on his Amiga.

” His storytelling craft slowly improved, and now people actually pay him to write, produce, and direct all kinds of stuff for big screens, little screens, and on stage. He wins lots of awards, and even snagged a couple of Emmy nods. His epic uber-indie sci-fi film, 95ers, went into international distribution and found exuberant fans all around the world, including more than a few time travelers.

Tom has been the subject of media coverage and even a documentary about his experiences as a filmmaking family man. He regularly speaks to youth groups and other audiences about storytelling, goal achievement, the film industry, and the impact of media on families. Hopefully he’ll get to do a presentation on the Gummi Bears some day soon.”-https://www.tomdurham.com/about-tom-durham